Robin is a Zoner/Trapper type character. At first glance, Robin may seem to be a complicated fighter, but when you look a little more closely, you will discover that Robin is a fairly simple character overall. His attacks were actually mainly designed to force some interactions and situations and to punish the opponent if he falls into his traps.

Better projectiles Priority on their attacks Rushdown and small 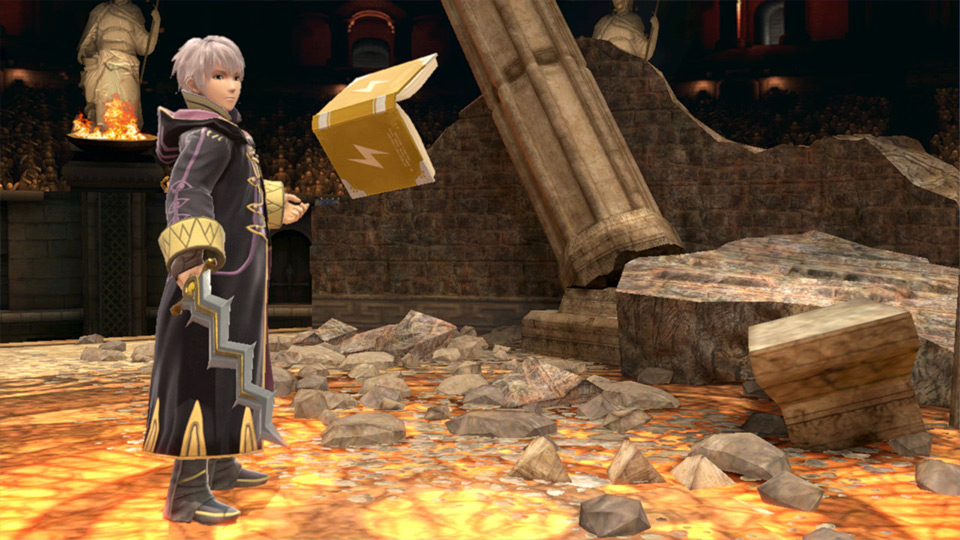 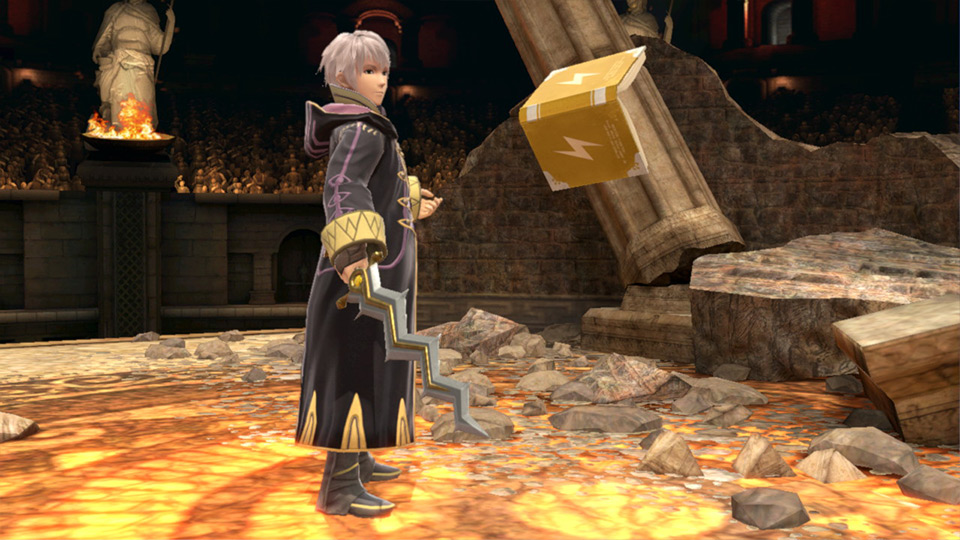 Robin is a character with two swords, the bronze sword and the levin sword, as well as 4 volumes ArcFire, Thunder, ElWind and Nosferatu. Each piece of equipment (except the bronze sword) has a limit of use which is represented by a bar under the name of the character which decreases after each use. Once emptied, Robin throws away the equipment and it is then considered as an item and can be launched at his opponent. 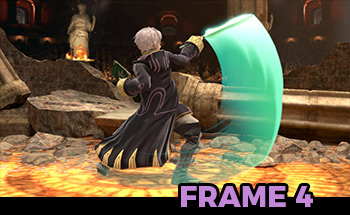 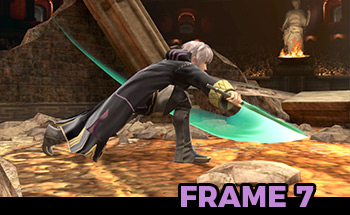 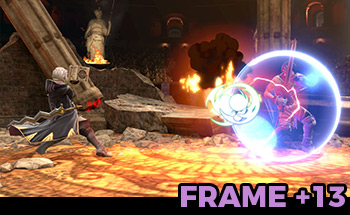 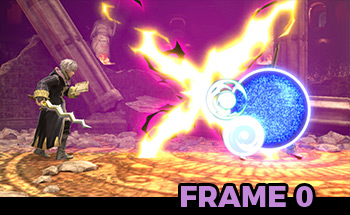 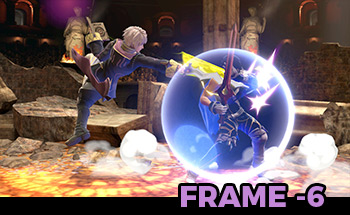 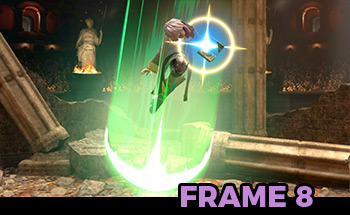 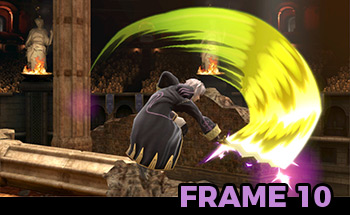 Back Air, Up Smash 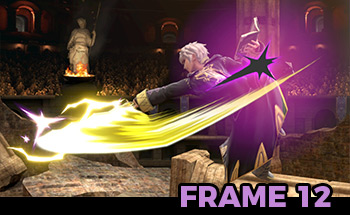 Head in the books

Don't overuse levin sword without thinking about its use, because you could miss it at an inconvenient moment. Moreover, don't forget to pick up the character's items or used weapons. The books deals 12% damage alone and can start a combo on a Thoron around 60% while the sword can initiate combos earlier, inflicts 14% and can even kill around 110%. A projectile that can save you at time and that can cover your retreat while you wait for your options to reload.

Be careful not to jump too much with Robin. For sure, the character has very good tools in the air but he remains very predictable because his attacks generally take time to come out while suffering from some ending lag. Against a faster character or one who can easily punish a missed attack, it can hurt you a lot. So remember to use his ground options too, even if they are less interesting, it will make you harder to catch.

Mark of the dragon

Do not use Side B at the wrong time, like in neutral or at a disadvantage. Don't forget that the attack has a whole second of lag and takes a long time to come out which makes it very punishable. Moreover, the initial projectile can be destroyed by any hitbox, which can empty the tome for nothing. Therefore, rather use the Side B mainly as an advantage and especially in the ledgetrap phase to avoid exposing yourself too much because even if the reward can be very big, the risk taken is just as big.

By playing Robin, pleasure will come from the fact that he is a character who stands out from the others in Fire Emblem because he uses magic and is good at everything and excels at nothing. This does not make him a specialist but rather a character who has a wide range of options at his disposal to control the fight. With Robin, your main goal will be to create traps and setups to ensure damage and to find a kill, making of him a character that requires a constant analysis of the game and a constant reflection on the situation to get the best out of it. In short, a character who will ask you to see your games as a chess game while relying on his gameplay's variations that combines sword and projectiles as well as his quick and pleasant handling.