Snake is an atypical character who will ask you to be patient, in order to trap your opponents thanks to his numerous projectiles and explosions. Those options allow him to build a wall of attacks, and to not let anyone coming close to him. With all of his options, Snake is a fighter who can easily control the whole stage. 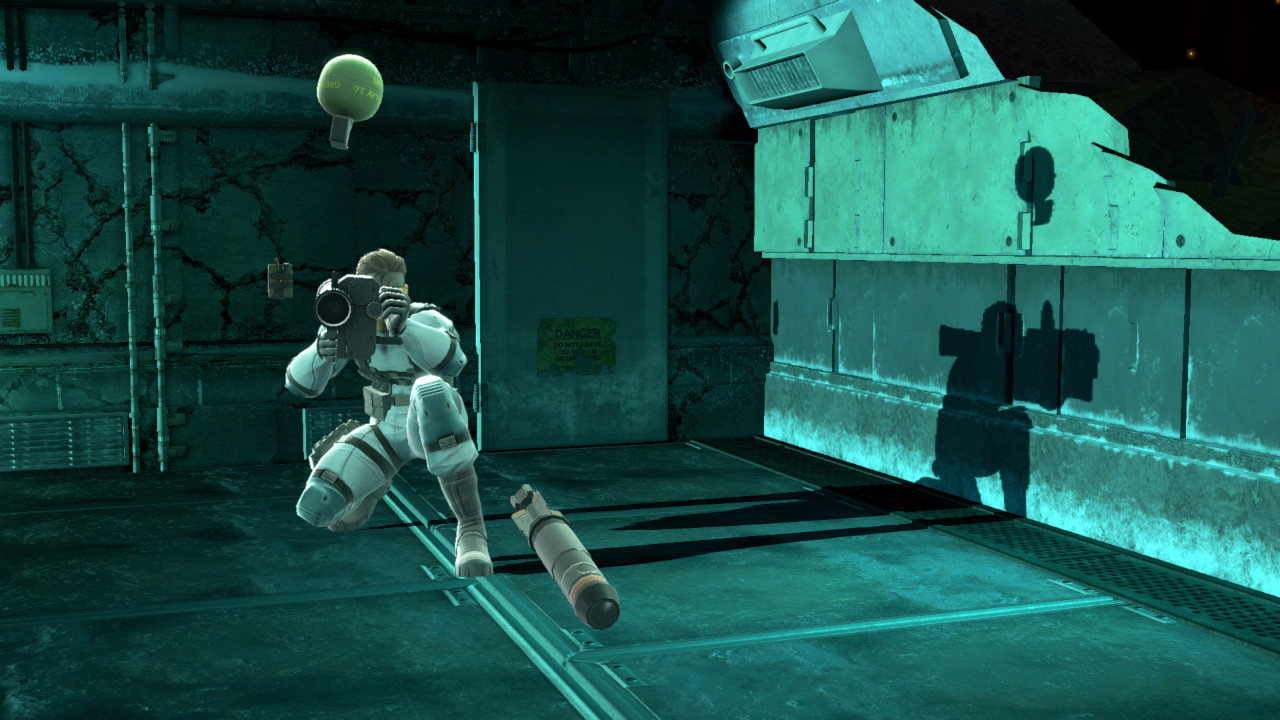 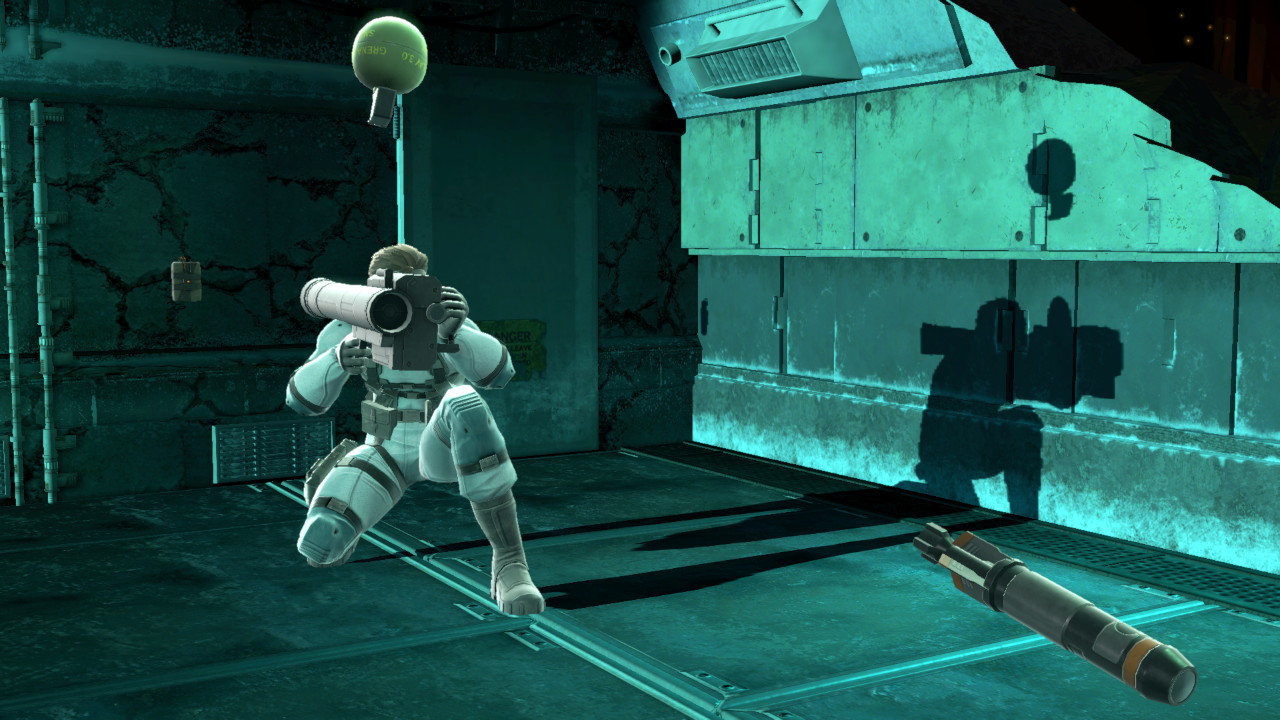 Snake possesses numerous projectiles that all have their own utility. The Neutral B, the grenade, is useful to aggress Snake’s opponents and to protect himself from being attacked. The Down B allows Snake to plant C4 on the stage or directly on the opponent. The Side B, the Nikita, is a remote controlled missile, extremely threatening on edgeguard, because Snake totally controls the missile. However, while Nikita is active, Snake is wide open, since he can’t move. But don’t worry, you can start to move again by pressing the shield button. This will cause the Nikita to fall. 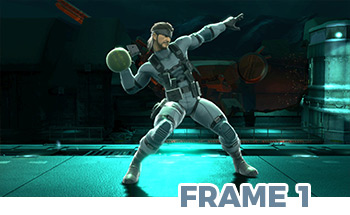 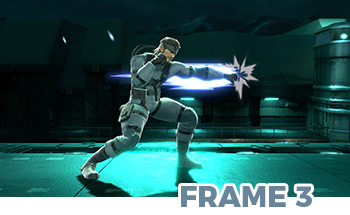 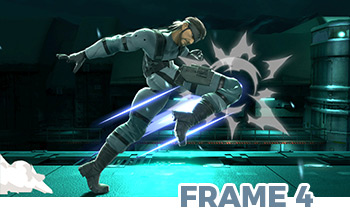 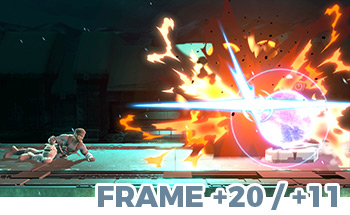 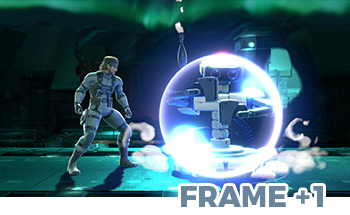 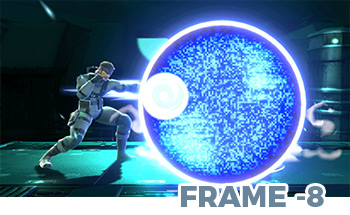 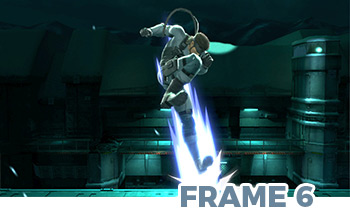 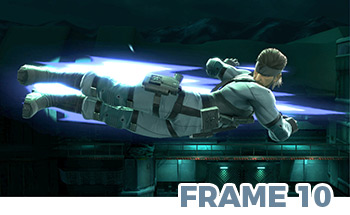 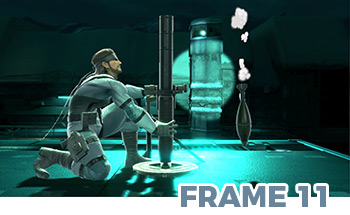 You know how to shoot ?

Snake has plenty projectiles, sure, but it is important to know how to use them. Be careful not to throw random grenades, and learn quickly how to grab one back after throwing it, in order to throw it again. Then again, always remember where your C4 is. This will have for consequence to prevent yourself from blowing you up indirectly, and putting yourself in a dangerous situation. Finally, be careful to correctly move Nikita. Badly used, it is simply unusable.

Chose perfectly your moves on neutral. Even if it is a great option, do not spam a dash attack to approach, but rather choose the tilts. These are options that give you the same reward as a dash attack, for a way lower risk. Likewise, be careful not to always act the same, like using an Up Smash when the opponent is above you. Remember that he simply has to use a Neutral air to destroy the explosive shell. Mashing it could only create a breach into your defenses !

Be careful not to recover from below the stage. Even if the Up B has a vertical range, it exposes you to an easy spike. Do not forget that your opponent can destroy your SIpher, leaving you helpless. In short, prefer to recover high, because you can always act after getting out from your Up B.

By playing Snake, pleasure will come from setting up traps everywhere, C4 here, grenade there, another in your hand, a missile up in the air, which is already falling… Setting up all those traps requires a lot of anticipation and reflexion about where you are going to put your traps, and where your opponent is and will be. It is a real pleasure to see an opponent falling on a trap you have settled and planified. A character that requires a lot of practice, for forecasting the launch angles, but Snake brings great satisfaction, since you have the feeling of controlling the whole stage.