Mr. Game & Watch is a fun and surprising character who allies randomness with his hammer and devastating technical combos. Furthermore, he has lots of terrifying moves and really good out of shield options which make of him a character who can highly punish an inattentive or an opponent in a hurry.

Hurts a lot in disadvantage Prevents from zoning Sends back projectiles 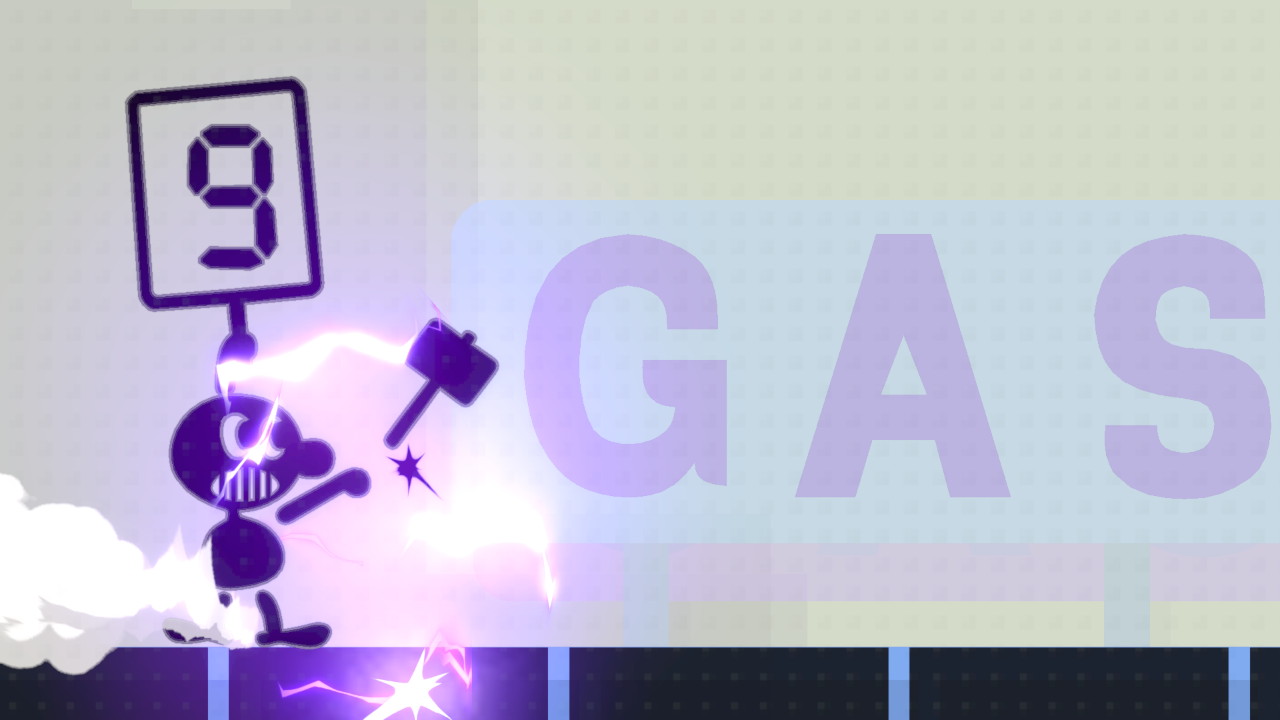 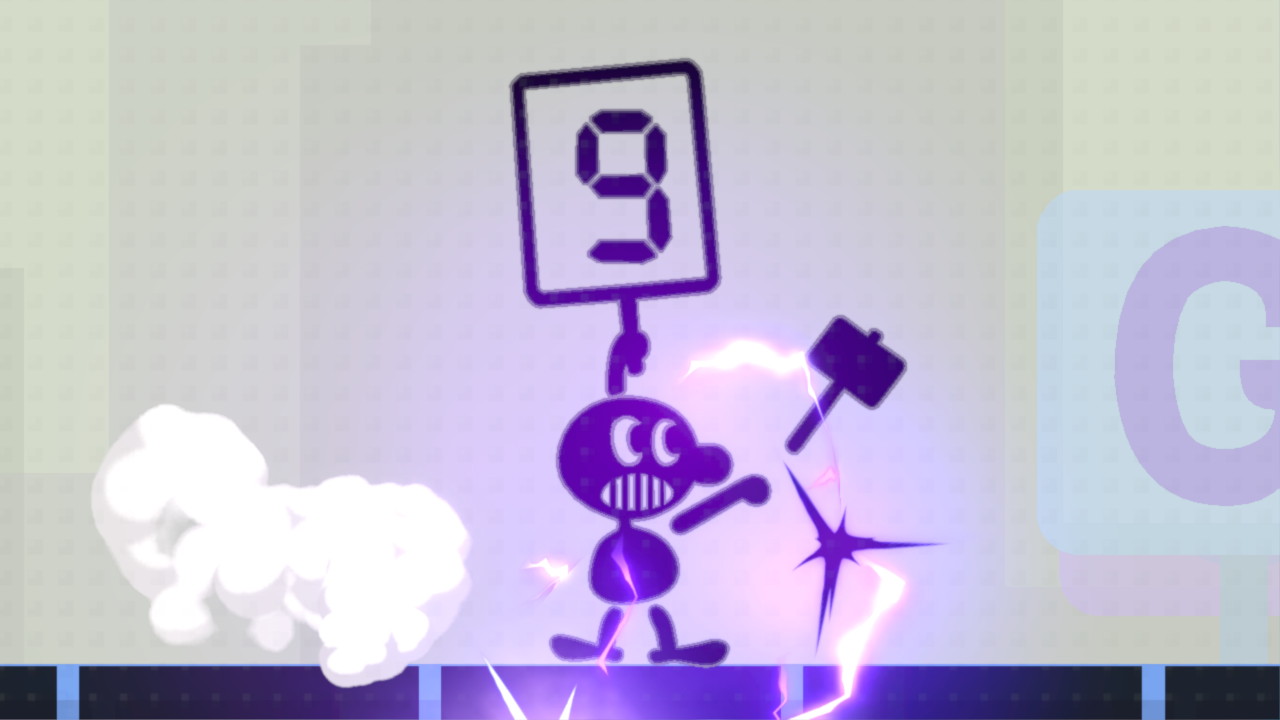 Mr Game & Watch possesses a move with a big part of random. His side B, the hammer allows him to perform a less or more powerful attack depeding on the number you get, 9 being the strongest attack. Note that two numbers can't come up in a row. Another interesting special move, his down B allows him to absorb or to reflect some projectiles. Depending of the power of what he absorbs, Game & Watch can fill his bucket less or more rapidly in order to empty it on his opponent when it is fulled. A move that can stay charged from a stock to another if it is not used. 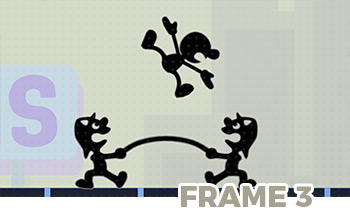 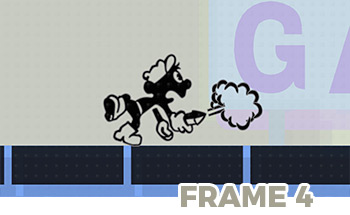 Down Tilt, Dash Attack, Down B 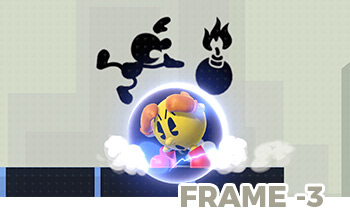 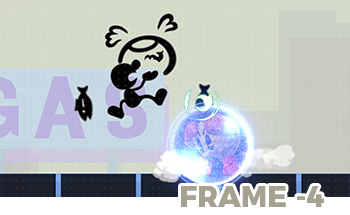 Up Tilt, Up Smash, Side B 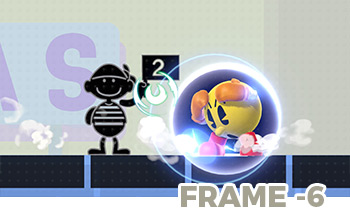 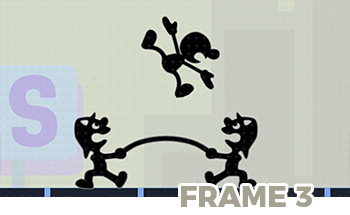 Down B dans les airs 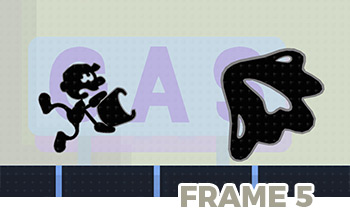 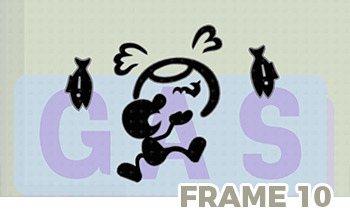 Not a simple calculator !

Mr Game & Watch is a character who possesses some really interesting moves, so we can be tempted to use them way too frequently. In fact, you should not overuse the Down Air to recover on stage when you take a hit. It’s an option who can be really punishable to recover in a neutral phase so you should better vary your way to get back. At an other level, be careful not to only use Smash attacks when your opponent is at kill percent. If it doesn’t work, simply use another move instead of mashing the same move.

With this character, you can be tempted to play aggresively too, due to his great combo game and especially some moves that can save you from dangerous situations. Nevertheless, it’s important to vary your approaches and not to hesitate to camp and to prevent any approach. A good player will know how to quickly switch from an aggresive gameplay to a really defensive gameplay without trying to always assault his opponent.

Then, yes, it’s really tempting to perform a little side B in order to take down your opponent’s stock. However , it could be a very risky option, unless if you are leading or if you want to be in a highlight vidéo. Generally you should rather not use it. Another point you need to be aware of is that Mr Game & Watch can direct his Neutral B, allowing him to dishes out his customers in different angles, which can be useful to cover different approaches.

Mr Game & Watch is a character who provides a lot of fun and hype thanks to his surprising and atypical Side B attack ! His strange gesture and his extraordinary attacks contribute to strenghten this feeling. And if masters him, he will provide to you a total domination upon your opponent, notably thanks to his great combo game and some devastating attacks. It explains why he belongs to the glasscanons category, a character who can inflict a lot of damage but that can also die early. Besides, he also must be played as a « bait and punish » character who keeps pressuring his opponent in order to punish him.