Terry is a little played character because he is a technical character that still contains many secrets to find out. Furthermore, he is a warrior that shines through his attacks’ power, through his combos and by the fact that he is one of the most stylish character, you have ton confess.

Helps to get to 100% Struggles to approach Bad zoning game

Zoner with projectiles Great in edgeguard Hard to punish 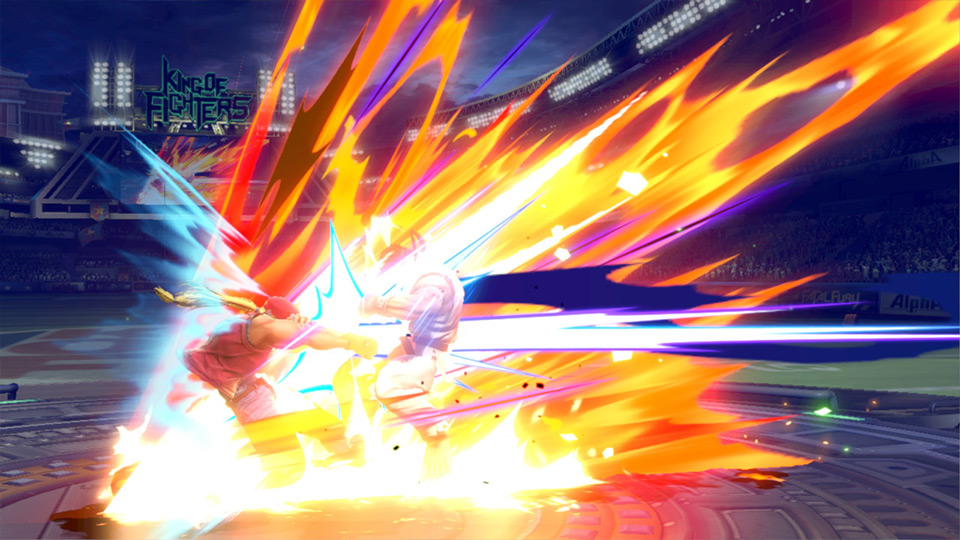 Terry will always face his opponent, which can be really useful in a ledgetrap situation. Besides, it is possible to perform Terry's special attacks in different ways, depending on the pressure with you will push the button et if you realize a command input using a quarter circle or not. Terry is also the only character to possess 5 different special attacks, because his Side B can be realized forward or backward, which gives him two different special attacks, unlike the other characters. Finally, when Terry has received 100% damages or more, a GO sign will appear under his name, granting you two powerful attacks : Power Geyser (↓ ↙ ← ↙ → + attack or ↓ ← ↓ → + attack) et and Buster Wolf (↓ ↘ → ↓ ↘ → + attack or ↓ → ↓ → + attack) 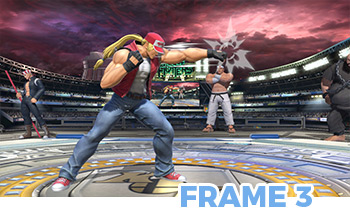 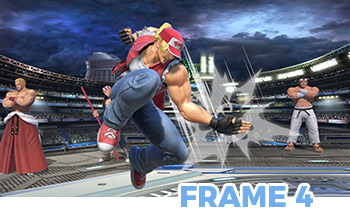 Down Tilt, Down B 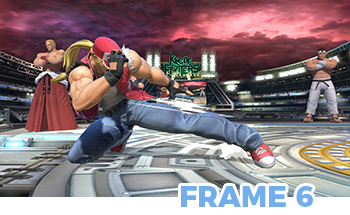 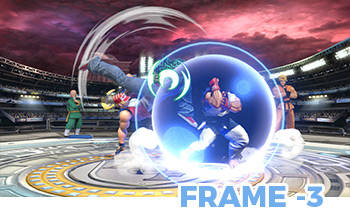 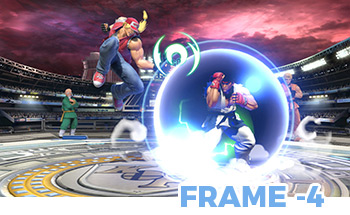 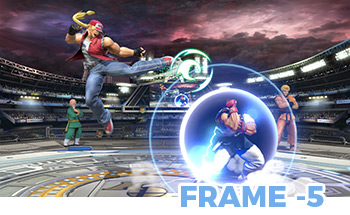 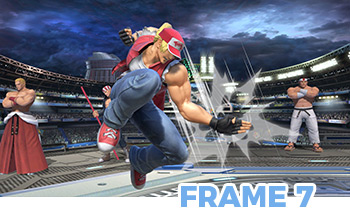 Forward Air, Up B 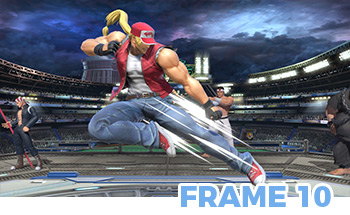 Up Smash, Up Air 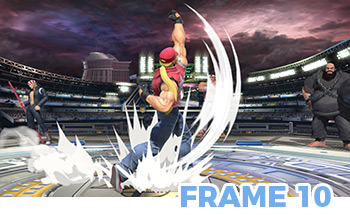 Mark of the Wolves

Terry being a character that owns many powerful attacks like his Forward Smash, his GO commands or the Forward B, it can be really tempting to try to use these moves as possible to kill when your enemy is at high %. However, Terry is more a character that deals damages at times and that will have to look out for the least opportunity, not necessarily trying to cause it, even if he has really good options to put pressure on a shield with his attacks he can cancel during the animation.

Terry is a character that can be pretty weak offstage, especially if he doesn't have his second jump anymore. That's why you will have to mix your recovery by using his specials. Be careful though. Some of his specials don't allow you to grab the ledge and it is still possible to perform a Forward B in the wrong direction, going far away from the field.

Terry can perform his attacks in many different ways. Each variation possesses its utility and you will need to spend some time in the training section in order to be sure to use them when you will need them, nor the specials nor the GO inputs. Mastering those can make you win the game at the right time !

Terry is a little known character because he is hard to master, which always give the impression that there still remains many things to learn. Besides, Terry is a character that grants the player a real felling of power when you succeed to land a combo because his combos can deal pretty good damages. Terry is then a pleasing character to watch when well-mastered, his attacks' graphics being pretty hype. And, to speak truly, he remains one of the most stylish character frome Super Smash Bros Ultimate's roster.